The idea for a custom built stent was proposed by Mike and Matt Allender to CNSI Co-director Prof. Craig Hawker, who passed off the project to my lab. CNSI's sister campus, UCLA was also brought on due to their development of a drug coating that would inhibit tissue growth. The hope is that with a stent in place, the damaged tissue will have time to heal properly and the stent could eventually be removed with little damage to the rhino due to the tissue growth inhibiting coating. Stanford later volunteered their Carbon 3D printer with biocompatible resin capabilities which greatly expanded the available materials in which to print the stent.

The pictures below show the evolution of the design of the stent overtime. Suture holes were added to secure the stent into place, I-beam tentacles were patterned around the ellipse formed from cutting the revolved sketch at a 45 degree angle, and later three groves were added along the axis of the stent to provide thinner areas the vet could cut through while removing the stent to avoid causing tissue damage.

Have a blurry picture of a spreadsheet of available materials..... (need to fix) 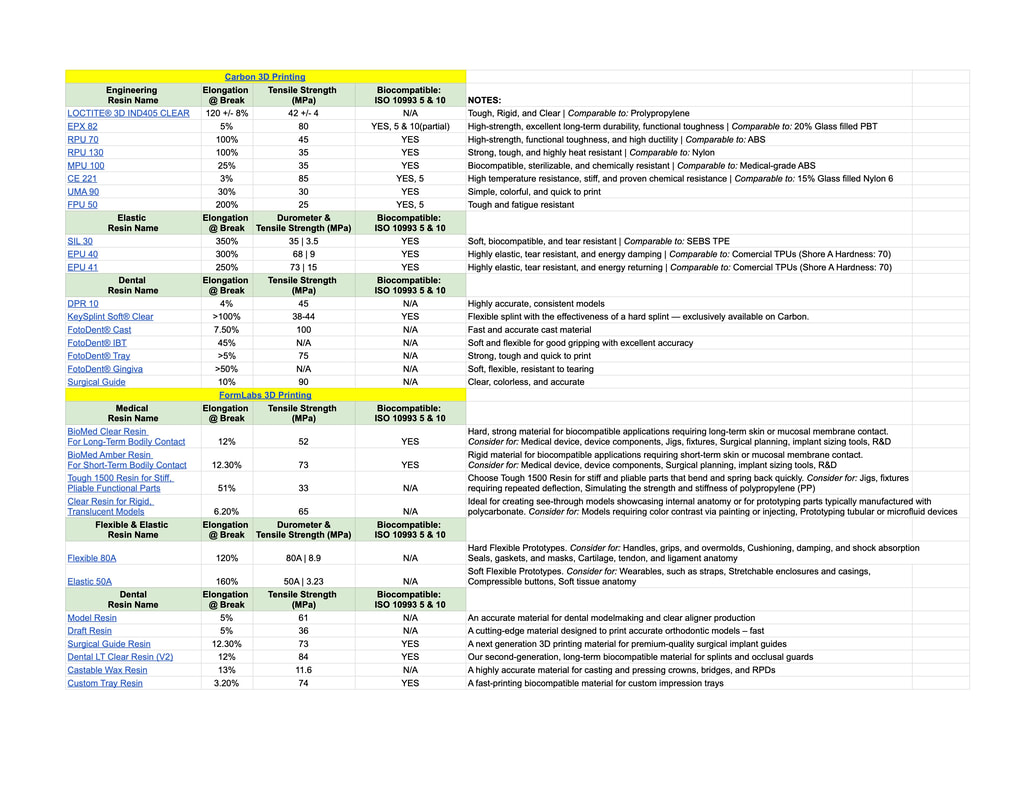 As much fun as repeatedly sedating a rhino sounds, going elbows deep into the mouth of a 2,300 pound dinosaur before breakfast is not on my bucket list so this was definitely one time where I don't mind being so far removed from the actual application of the part. Unfortunately, they not only provided photos, but also videos of one of the stents installations. Being someone who made my 9th grade lab partner do the entire frog dissection, I was not thrilled to wake up to this in my inbox... 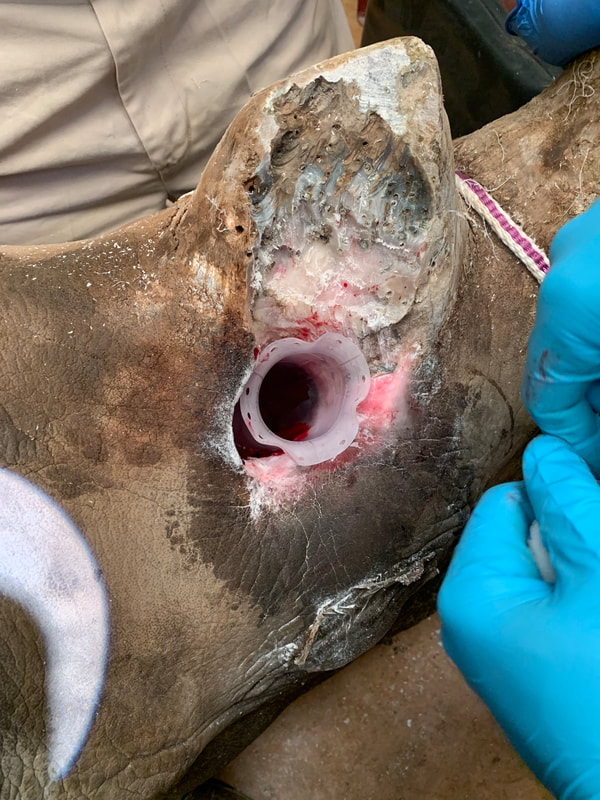